CHAPTER ONE: THE EPIC SAGA OF OUR TIMES BEGINS

THE INTRODUCTION
My friend Laura recently told me about a woman who wrote some Twilight fan-fiction, changed the name of the characters, got her fan-fiction published as a book, and made millions of dollars. Though I have long been interested in the craft of fictioneering, I had never previously considered attempting a fan-fiction. I am, however, very interested in millions of dollars. I was immediately inspired to begin writing a fan-fiction so great that every publisher would want it. I imagine that, by the time I am finished, there will be a bidding war, and then it will just be a simple matter of going back and changing the names.

I may not be an expert on fan-fiction, but what does expertise matter when you have passion? That’s the whole point, isn’t it? Taking the reins of fiction away from the artistic elites who think they somehow “own” the characters they create. But since I am undereducated on the subject I have brought in Laura to help out. Laura is an expert, having previously read AND written fan-fiction. Since this is a work in progress, Laura’s comments will appear periodically throughout the text.

According to Laura, fan-fictions usually begin with disclaimers. First I should mention that, while I will be changing the names of these characters at a later date, at which point they, and any associated movie rights, will belong to me, I am starting out with the names of existing characters. Bella and her friends and family were created by Stephenie Meyer for her Twilight series and are used here, while not with her permission, in a spirit of authorial camaraderie and not in any way that should prompt a lawsuit. Besides I will, as mentioned previously, be changing all the names eventually. There are other characters, too, who were technically “created” by other authors, but we will see how they flourish and blossom under my care.

A word of warning—this tale is not for the faint of heart. This first chapter features the words “asshole” and “lascivious,” as well as a hint of lesbianism. Don’t worry, there will be more lesbianism in later chapters, as Laura tells me that sort of thing is essential.

Now that the disclaimer is out of the way I take great pride in presenting to you, without further ado, the fan-fiction to end all fan-fictions . . . FIVE HUNDRED SHADES OF GREAT.

THE BEGINNING OF THE STORY
Bella was sad, angry, and bored as she stormed into her bedroom. A high school student, Bella threw her book bag onto her bed, which was in her bedroom. Her cell phone fell out, which made her yelp in horror, since teenagers are all so obsessed with their cell phones.

“I hope my cell phone is alright,” she said, picking it up and cradling it. Her walls were decorated with pictures of boys from boy bands. She was a normal, if klutzy, teenager, little aware of the shocking revelations that would soon be coming her way.

Her phone rang. She gasped in shock, and dropped it, then picked it up again. The screen said the caller was “Unknown.” “Who could it be?” Bella asked, her voice trembling. With shaking hands she pressed a button, accepting the call, and brought the phone to her ear. “Hello?” she whispered. 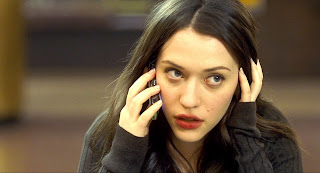 “Hello? Who is this?” an unfamiliar voice said.

“Sorry, wrong number.”  There was a click, and the voice on the other end disappeared as quickly as it had come.

Now what? Since her father, who was a police officer, was off at work, she had the house to herself, yet since she was new to town she had no friends. What to do? It looked like another evening would be devoted to her favorite hobby: getting on Wikipedia and reading about the lives of the popes.

(I hate to ask this, J.L., but have you ever actually read Twilight? –Laura)

Halfway through the entry on Pope Urban VIII, Bella fell asleep, and she did not awaken until her alarm clock went off at 6:15.

“Dang it!” she blurted out. “Now I have to go to school!” She showered and dressed, in a black t-shirt and black pants, and went downstairs for breakfast. There was one Low-Fat Eggo Waffle left in the box. Her father had drunk all the orange juice in the fridge, so she had to make some more from concentrate. She pulled the plastic tube out of the freezer and carefully pulled off the

(Do you think maybe we could skip ahead to something more interesting? –Laura)

(This is a little thing called “establishing character,” Laura. But you’re right, I’m trying to cater to the ADD generation, so I’ll go ahead and give ‘em what they want.  –J.L.)

As Bella walked down the hallway at Fork City High, she saw a girl she had not seen there before. The girl was short, with short red hair and a big smile. When the mystery girl saw Bella staring at her, she walked in Bella’s direction. Bella trembled in terror.
The new girl stuck out her hand and said, “Hi, I’m Willow Rosenberg.” Bellow shook her hand. Willow continued, “I just transferred here from Sunnydale High.” She leaned in close and, in a conspiratorial whisper, said, “I’m a lesbian.”

“A, w . . . what?” Bella stuttered. “Does that mean you’re, like, an actor?”
Willow laughed. “Oh, you poor naïve thing! Don’t worry, though, I’ll teach you a thing or two.” She gave Bella a lascivious wink, but Bella did not think of it that way, since she did not know what the word “lascivious” meant.
Then someone further on down the hall caught Willow’s attention. “Who is that?” she asked.
A girl with curly hair walked up to them. “Hi,” she said. “My name’s Hermione. I just transferred here from a school in England.”
“That’s a sexy accent,” Willow said.

(I dunno, J.L., I know you’re planning on changing the names later, but I’d be careful. J.K. Rowling is pretty sensitive about her characters, and she’s richer than God. –Laura)

(Good to know. Thanks for the heads-up! –J.L.)
“What I was saying, before you interrupted me,” Hermione said, “is that I’m from New England. I’m as American as you guys are. And there are lots of girls named Hermione, right?”
“Your accent’s still sexy,” Willow purred. “Say, ‘Park the car.’”
“Pahk the cah,” Hermione said.
Willow squealed with delight.

“A witch?” Hermione said, surprised. “I, uh, used to know someone who was a witch.” Her tone suggested something more, that she had a hidden mystery she was not revealing, but Bella did not notice that. She was too busy freaking out.

“I, I’m sorry, Willow,” Bella stammered, “I can’t talk to you . . . my dad would kill me!” She thought back to the time had staggered home blind stinking drunk from the Klan rally, ranting for hours about the “Zionist Conspiracy” that ran the world banks. “Kike bastards!” he had shouted through the tears, and hurled an empty bottle of Mad Dog that missed Bella’s head by inches.

(No, seriously, you haven’t read Twilight, have you? –Laura)

(Twilight is a cultural phenomenon. You don’t have to “read” it to “get” it. Besides, I’ve seen the trailers for all the movies. –J.L.)

“Your dad sounds like a real asshole,” Hermione said, her arms crossed in front of her Boston Celtics sweatshirt.

“You don’t . . . you don’t understand!” Bella gasped, and she turned and ran. She hurled herself through the bathroom door, then into a stall, then crumpled into a fetal position on the floor. The tears flowed out of her like a raging monsoon, the kind that only came during monsoon season. The other kids at school didn’t understand her—no one understood her! If only she could meet someone, that special someone, that magical special sparkling brooding someone, who would take her away from all this pain and confusion.

At that moment, hundreds of years in the future, a serious meeting was taking place in District 13, somewhere near the region formerly known as Appalachia. “It has become clear,” the leader of the meeting said, “that our enemies are too powerful. We cannot overthrow the Capitol.”

“Outrageous!” someone else shouted. “Would you have us give up the fight?”

J.L.
J.L. has long dreamed pursuing fictioneering as a way to make a living but, unfortunately, is stuck working with small-minded pedants who don't appreciate the power of dreams. Once this blog takes off, though, and the money starts rolling in, you can bet that things are going to change.